RSS
← The Last Days – The Days of Lot #returnofChrist
Is Fasting for You? #spiritualfast →

The Day of Christ #returnofChrist 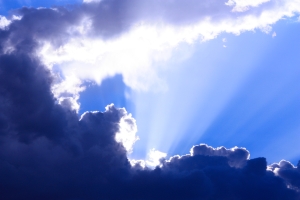 I’ve been posting about how Christ will reveal Himself at His return.  We’ve talked about Jesus’ teaching in Luke, chapter 17, on the days of Noah and Lot.

Remember that He already said in verse 24 that when He’s revealed on that day, every eye will see Him.  It will not be a private return.  He’s coming in all of His glory.

Many interpret this verse to mean that the one taken is taken into heaven and the one left is the one that’s going to be judged.  How can this be?  In both of His examples, the stories of Noah and Lot, the Lord clearly states that the unrighteous are taken in judgment and the righteous ones are left.

The disciples wanted Jesus to clarify what He was teaching them.  They asked the obvious question: Where was it that they were taken to?

“Where, Lord?” they asked.
He replied, “Where there is a dead body, there the vultures will gather.”
Luke 17:37

Jesus makes it clear that those taken are dead bodies.  The Greek word for carcass is what the NIV translates as dead body.  Also, the word Jesus used for vulture is a generic term that could be used for any carrion bird that feeds on dead bodies.

So in answer to the question “Where are they taken?” Jesus said, “Do you want to know where the carcasses are taken?  Then look for the vultures.”  Personally, I don’t want to be taken like that.  I want to be one of the ones who are left.

What, then, have we learned in this portion of Scripture?  First of all, I see a time of warning leading up to the time when Christ is revealed.  We then come to a day – a literal, twenty-four hour day – during which He will reveal Himself.

Christ uses two examples, Noah and Lot, to explain His point.  In both cases the day starts out with some saints.  They are then somehow supernaturally protected during the events of that day.  In Noah’s case he was put in the ark and in Lot’s case he was taken out of the city.

On the day that they were protected, salvation was then closed and judgment fell.  After judgment had fallen, at the end of the day, the saints were left.  That’s the way I read it and that’s the way I believe Christ meant it to be read.

Posted by Revzacc on September 23, 2013 in Return of Christ

← The Last Days – The Days of Lot #returnofChrist
Is Fasting for You? #spiritualfast →