RSS
← 4 Traits of a Godly Woman
Is Your Faith Visible? →

Our Culture of Darkness 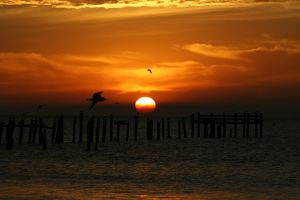 A little over a year ago I posted a series about Christianity as a counter-culture. I want to pick up that theme again for a few more posts. Too many believers want to keep their feet in both the church and the world. That’s going to become increasingly difficult as we approach the Lord’s return.

The world hates Christ and His people. Please understand what I mean by this. I’m talking about the world system and not the individual people themselves. It’s the system – the way our culture has established itself – that’s against the knowledge of Christ.

The Lord spoke about it.

This is the verdict: Light has come into the world, but men loved darkness instead of light because their deeds were evil.
John 3:19

We live in a society that hates the light – the knowledge of truth. This is because truth is an agent of change. When I begin to know and understand the truth, I’m responsible to do something with it.

Because of this, the default response of the world is, “I don’t want to know the truth.” They have found that ignorance is bliss – at least in the short term.

For God did not send his Son into the world to condemn the world, but to save the world through him. Whoever believes in him is not condemned, but whoever does not believe stands condemned already because he has not believed in the name of God’s one and only Son.
John 3:17-18

Here’s what many people don’t understand. Christ didn’t come to condemn the world. And it’s definitely not our job either. We are not here to rebuke sinners for doing what is natural to them.

The problem arises when the light of truth becomes evident. Even though we may not directly condemn anyone, by rejecting the truth they stand condemned. In effect, they’ve condemned themselves.

When you know that there’s a right path, yet you knowingly chose the wrong way, you become self-condemned. At that point the only solution is to cram your life with so many distractions that you never think about this truth.

That’s where our society finds itself today. We have more opportunities to amuse ourselves than ever before. I chose that word on purpose. A-muse – it literally means to not-think.

On the other side of the coin, we as believers should be the ones who don’t fear the truth. We should delight in the presence of the Lord and His Word. We should be welcoming the gentle voice of the Holy Spirit in our lives.

We can’t afford to pick up the attitude of the world. Don’t fall victim to the distractions of this age which will short-circuit your destiny in Christ. Spend time in the light of Christ and His truth.

← 4 Traits of a Godly Woman
Is Your Faith Visible? →

2 responses to “Our Culture of Darkness”