RSS
← I Give Up!
What’s Become of Thanksgiving? →

The God Who Runs 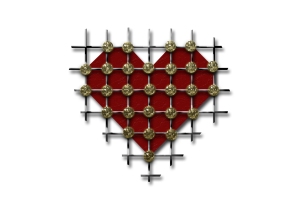 Have you ever felt like God was mad at you?  Maybe you’ve been keeping away from the Lord or His people because you’re ashamed of something you’ve done.  That’s not the way to go.

There’s a parable Jesus told about a son who, because of his choices, distanced himself from his father.  When he hit rock bottom, he decided it was better to go home, no matter what the consequences were.

So he got up and went to his father.  But while he was still a long way off, his father saw him and was filled with compassion for him; he ran to his son, threw his arms around him and kissed him.
Luke 15:20

Most people agree that Jesus was telling this parable about His Heavenly Father.  The young man in question who took an early inheritance and blew it all on wild living.  He ended up in poverty, and became a servant who was feeding hogs.

Finally he came to his senses and thought about what life was like in his father’s house.  Even the servants were eating better than he was at that moment.

The young man decided to humble himself and return home.  He had spent his inheritance and was now willing to simply be a one of his father’s hired servants.

He then made the long journey home.  What would he find there?  What would be the response of the father he had so humiliated by his leaving?

How would we write the story?  A father standing, arms folded, with a stern “I told you so” written across his face.  Would he listen in silence to the young man’s plea, only to say, “We’ll see how you act over the next few months.”  Maybe there would be outright rejection.

Because of the work Christ has done, all I need to do is start heading in His direction.  It’s at that point the He runs to be with me.  There’s no condemnation, no probation, and no judging.  He only brings acceptance and forgiveness with Him.

Maybe you’ve done some things that you think are hard to forgive.  Maybe you’ve been a long time away from God.  It doesn’t matter.  Return to the Lord and He’ll run to you.  You can be restored in an instant because of the love of the Father.

Trust Him.  He’s the God who runs.

Question: How have you experienced the love and acceptance of God the Father?

Posted by Revzacc on November 21, 2014 in Encouragement, Prayer, Revival, The Gospel

← I Give Up!
What’s Become of Thanksgiving? →

One response to “The God Who Runs”