God and the Candy Machine 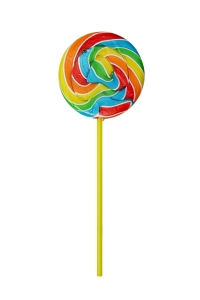 This is the first of six reposts of my most read articles. This one is from 2013. It was originally from a series dealing with how similar our modern attitudes are to the crowd in John Chapter 6. They seem to have their eyes on the temporary, while Christ is trying to point them to the eternal.

Then Jesus declared, “I am the bread of life. He who comes to me will never go hungry, and he who believes in me will never be thirsty…And this is the will of him who sent me, that I shall lose none of all that he has given me, but raise them up at the last day. For my Father’s will is that everyone who looks to the Son and believes in him shall have eternal life, and I will raise him up at the last day.”
John 6:35-40

Notice that Jesus repeats Himself here. Two times He said to them, “I will raise them up at the last day.” It’s a very simple statement. It’s so simple, in fact, that most Christians miss it as well.

He said it twice yet they didn’t hear him. Look at their reaction.

At this the Jews began to grumble about him because he said, “I am the bread that came down from heaven.”
John 6:41

It went right over their heads. They missed it. The Lord said you can have eternal life and that He’d raise you up at the last day. All they heard was that He thinks He’s bread that has come down from heaven. “What does He mean He’s bread coming down from heaven?”

They said, “Is this not Jesus, the son of Joseph, whose father and mother we know? How can he now say, ‘I came down from heaven’?”
“Stop grumbling among yourselves,” Jesus answered. “No one can come to me unless the Father who sent me draws him, and I will raise him up at the last day.”
John 6:42-44

Jesus is desperately trying to get it into their head that He wasn’t emphasizing bread coming down from heaven. He was trying to get them to embrace eternal life. Over and over again He said, “I’ll raise him up at the last day.” They just didn’t get it.

I think, that just like us, they didn’t want to get it. They could tell that what Jesus was talking about meant change. They would have to change their views and attitudes about God. The Lord would no longer be that big “candy machine in the sky,” but a friend with whom you must spend time cultivating a relationship.

Question: How do you deepen your relationship with Christ?

Posted by Revzacc on June 1, 2015 in Faith, Prayer, Spiritual Walk

← Hiking and Praying
God is Excellent! →

4 responses to “God and the Candy Machine”