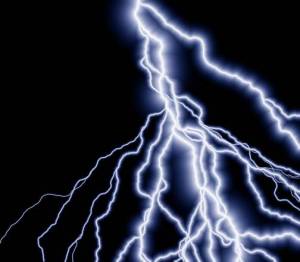 This is the third of six reposts. It was originally from 2013. It was a part of a series on the Word of God and its relation to Scripture.

In that series I showed that the power of the early church was based upon their hearing from God. God spoke to them, they obeyed, and God confirmed His Word.

Then the disciples went out and preached everywhere, and the Lord worked with them and confirmed his word by the signs that accompanied it.
Mark 16:20

Scripture says that the Lord confirms His Word with the signs – healings and miracles – that accompanied it. What’s our problem? Do we serve a different God? Of course not. Is He still on the throne? That’s a dumb question.

We serve a God who is the same yesterday, today, and forever. Then what’s the problem? It should be clear to us. We’re trying to get God to confirm the Bible verses that we’re preaching, when all along He wants to confirm the Word that He speaks to us.

He never told us to go out and read the Scripture to people for them to be saved – He tells us to proclaim His Word. I submit to you that our society has heard enough Scripture – it’s everywhere.

They’re sick of hearing Scripture. Many unbelievers can quote as much of the Bible as some Christians. What the world is desperate for is a Word from God. That’s what’s going to change their lives. They can argue with the Scripture, but a Word from God will cut straight to their heart.

In our exuberance over the enormous availability of Scripture, we have taken it too far. It doesn’t seem to matter what anyone says. As long as there’s a Scripture verse attached to it, we call it the Word of God.

It doesn’t take much listening to Christian radio or cable channels to see that many preachers are using Scripture to support their own teachings and philosophies. Hear me well. They may be preaching Scripture, but they are NOT proclaiming the Word of God.

In these cases, God is under no obligation to confirm what they’re preaching. God doesn’t have to confirm a quote from the Scripture; He only endorses His Word – what He wants said at that particular time and place.

Please don’t think, based upon what I said, that I have no respect for the Scripture. I cannot live without it. Daily, I read, memorize, study, and meditate on the Scripture. I use it prayerfully. I expect and seek God to speak to me through the pages of my Bible.

The difference is that now I’m also listening for God to use other means as well. I want to hear God’s voice – however He wants to speak to me. I believe that this was the basis for the power in the life of Christ and in the early church. One of my goals in this blog is to share how this works in a practical way.

Question: Is it your desire to hear a Word from God?

Posted by Revzacc on June 5, 2015 in Ministry, Power of God, Revival, Word of God