The Last Days – The Fear Factor 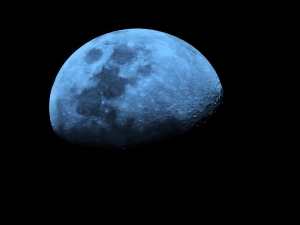 I’ve been posting about how we should be living in the last days. In my last article I talked about what not to do.

“There will be signs in the sun, moon and stars. On the earth, nations will be in anguish and perplexity at the roaring and tossing of the sea. Men will faint from terror, apprehensive of what is coming on the world, for the heavenly bodies will be shaken. At that time they will see the Son of Man coming in a cloud with power and great glory. When these things begin to take place, stand up and lift up your heads, because your redemption is drawing near.”
Luke 21:25-28

Jesus makes it very clear. In the last days before His return the world will be in anguish and perplexity. People will faint from terror; apprehensive at what they think is coming. If that’s you, then STOP IT! You’re not of the world.

The fact is that there will be different signs in the natural world. Right now we just went through a sequence of “Blood Moons” that had many believers in panic mode.

What is a blood moon? Most people – even preachers – don’t know what it is. Simply put, a blood moon is a lunar eclipse. Then why call it a blood moon? For effect – it sounds more exciting and ominous that way; and it sells more books.

Please forgive me if I sound a little critical about this. I really do love my brothers and sisters in the Lord who major on current events and try to fit them into end-time Scriptures.

Like I said in a previous post; I’ve studied the Second Coming since the 70’s. That means that I’ve seen a lot of these predictions over the years. All of them had a bunch of Scripture backing them up. It’s a very dangerous thing to try and take the predictions of the Bible and definitively link them to current events.

I remember one prominent preacher who said, based upon Scripture and current events, that the Communist flag would be raised in Washington, DC on July 4, 1976. Then there was the comet Kehotek and the lining up of the planets. Both of which launched a number of predictions that Christ would return at that time.

Of course, 40 years after the return of Israel to their homeland in 1948 we read the book 88 Reasons why Jesus is Returning in 1988. Soon to be followed by 89 reasons…

Many of you may remember the posters that were everywhere proclaiming that the rapture would occur in 1990. Then, there was Harold Camping’s prediction that it would happen in 1994. After that, there was Y2K and Saddam Hussein supposedly rebuilding Babylon. Then Harold Camping was back claiming the rapture would occur in 2011. Then even Hollywood picked up on the Mayan and Hebrew calendars ending in 2012. Now we’ve heard about all the blood moons that took place through September of this year.

What bothers me about all this is that there are people in the body of Christ running scared. They’re spending their money buying survival supplies; fearful and confused about the future. That’s not what we should be doing.

As a believer, you will not survive because you prepared for the apocalypse. You’ll survive because God promised “I will supply all of your need according to My riches in glory in Christ Jesus.” (Philippians 4:19)

If you keep focused on Jesus, you won’t need to fear what’s coming on the earth.

Question: How have you been affected by predictions of future events?

Posted by Revzacc on November 20, 2015 in Faith, Return of Christ, The Church

2 responses to “The Last Days – The Fear Factor”