A Pharisee Comes to Jesus 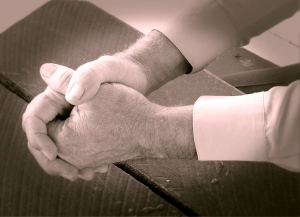 I’ve been posting about how Scripture describes the born-again experience. It’s deeper than simply reciting the “Sinner’s Prayer.” It’s about clothing ourselves with Christ by the power of the spirit.

There’s only one way to put on the new man. Unfortunately, it’s also a concept that the church has pushed to the side in many instances.

To understand it, we’ll now look at the most recognizable Scripture concerning the concept of being born again.

Now there was a man of the Pharisees named Nicodemus, a member of the Jewish ruling council. He came to Jesus at night and said, “Rabbi, we know you are a teacher who has come from God. For no one could perform the miraculous signs you are doing if God were not with him.”
John 3:1-2

We need to look at a conversation between Jesus and a young man named Nicodemus. To understand what takes place, we must look at the background. First of all, this event is only recorded in the Gospel of John. That’s an important point.

John, on the other hand, had a totally different purpose. It was inspired by the Holy Spirit to give the church a deeper view of Christ Jesus, the Living Word, God taking on flesh. This is important for us to realize in grasping what’s being said. It’s a story that directly applies to the church – those who are already saved and want a more intimate knowledge of Christ.

The second thing we find out is that this man, Nicodemus, is a Pharisee. Often, the Pharisees get an undeserved bad reputation in Christian circles. Of all people that lived back then, the Pharisees were the closest to us in doctrine.

They believed that God took notice and acted in the affairs of men. They believed the Scriptures as the infallible Word of God. They knew that there was a spiritual realm that included the demons as well as ministering angels. They also believed that there would be a resurrection day at the end of the age. It’s unfortunate that the few who hated Jesus are the ones who get all of our attention.

Nicodemus was his own man. Think about the facts of the situation. He begins by calling Jesus Rabbi. This was a term that literally meant my great one. It was reserved for those who you felt were an example to you. It implied that I want to be like you. So it’s significant that a Rabbi is calling Jesus a Rabbi.

Furthermore, Jesus, Himself commends Nicodemus. In verse 10 of this chapter Jesus calls him the teacher of Israel. Obviously the Lord was pleased with his work.

Another event of note is the fact that when Christ was taken down off the cross it was Nicodemus who prepared the body for burial. (John 19:38-40) This was unheard of. You would never see a Pharisee handling a dead body on the eve of the Passover feast.

The only conclusion I can draw from this is that Nicodemus is a believer. He is someone trusting in Christ and looking for the next step in the process. We need to listen carefully to the teaching of Christ in this conversation.

In my next post we’ll see exactly what Jesus said was needed for Nicodemus to reach the next phase of his walk with the Lord.

Question: How would you counsel someone who wanted to progress to their next step in Christ?

Posted by Revzacc on April 29, 2016 in Revival, Spiritual Walk, The Gospel

← Born Again – The New Man
Born Again and the Kingdom →