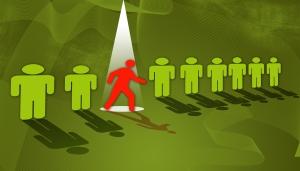 I like reading about the disciples in the Bible. They’re recorded as real people. They’re not shown to us like some kind of spiritual superheroes, but people just like us. I want to take some time to talk about a couple of them and their first encounter with Jesus.

The next day Jesus decided to leave for Galilee. Finding Philip, he said to him, “Follow me.”
Philip, like Andrew and Peter, was from the town of Bethsaida. Philip found Nathanael and told him, “We have found the one Moses wrote about in the Law, and about whom the prophets also wrote — Jesus of Nazareth, the son of Joseph.”
John 1:43-45

In the past I’ve talked about how Andrew came to Christ. Then he went off and called his brother, Peter.

Today I want to introduce you to some new people. That’s because everyone is different.   Everybody’s story is different.

Why and how they come to Jesus is always unique to that person. So we have to realize that disciples of Christ are all different. Each of us is special in our own way. You cannot be me and I cannot be you.

It’s interesting to see that Jesus sought Philip out – Jesus went to Philip and literally said, “Walk my road.”

It turns out that Philip was from the same town as Andrew and Peter. They were from a place called Bethsaida, which means house of fish or fishing house. Think about what kind of a place would have a name like that? Who comes from there? We know that Peter and Andrew, as well as James and John were all fishermen.

Philip didn’t fit that mold. The name Philip means horse lover. Obviously Philip was his own person. He was different and he didn’t care. Yet, even though he was different, his response to Jesus was the same.

Philip found Nathanael and told him, “We have found the one Moses wrote about in the Law, and about whom the prophets also wrote — Jesus of Nazareth, the son of Joseph.”
John 1:45

“I have to tell someone.”

When it came to Andrew, he went to Peter to tell him what he had found. This is absolutely amazing because Scripture clearly says that in this case, Jesus found Philip. This tells me a truth that we all need to understand.

Christ calls everyone differently. He made us all different, and attracts us to Himself in different ways. The Lord told Peter, “I’ll make you a fisher of men.” How do you fish? Do you use the same technique or bait for everything?

No! Depending upon where you’re fishing, or what you’re trying to catch, there are many different kinds of bait, lures, and techniques.

We have to remember this in our walk with the Lord. Everyone responds differently to the Gospel message. That’s why we need to be led by the Spirit. In that way, each individual can see Christ as their PERSONAL Savior.

Question: What first attracted you to come to Jesus?

Posted by Revzacc on October 24, 2016 in Ministry, Spiritual Walk, The Gospel

← The Walk of Unity and Fellowship
Your Calling – Unique to You →

One response to “One Jesus – Different Calls”