RSS
← What You Really Lack
Money and Humility → 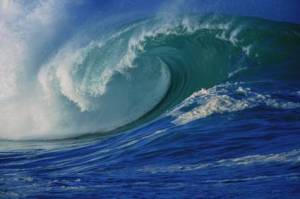 In my last post we saw that maturity requires the wisdom of God. Without His wisdom, there will be areas of lack in our lives.

James tells us that all we need to do is ask God, and He’ll give us His wisdom in abundance. But there’s a requirement for us to receive it.

But when he asks, he must believe and not doubt, because he who doubts is like a wave of the sea, blown and tossed by the wind. That man should not think he will receive anything from the Lord; he is a double-minded man, unstable in all he does.
James 1:6-8

According to Scripture, there must not be any doubt that God will provide. This passage is actually a very detailed look at what doubt is and how it functions.

First, the word doubt in the Greek actually means to thoroughly judge, discern or discriminate in the decision making process. As a matter of fact, this word could be good or bad in Scripture, depending upon the context.

The problem comes in when we try to judge God’s Word. It’s not up to us to decide whether God means what He says or not. His Word is truth. It doesn’t matter what things look like from our perspective.

The next thing I see is that the person who doubts is like a wave on the ocean. But it’s not just any wave. It’s a wave that’s specifically formed by the wind blowing across the water. That kind of wave only moves in the direction that the wind is blowing.

If I only trust God when the wind of circumstance is blowing in a favorable direction, that’s a very shallow faith. It’s up to random chance whether it will take me to God’s best or not. Most likely, you’ll never get there.

This person is also called double-minded, or literally double souled. It’s like you have a split personality. When you’re around God’s people it seems like nothing’s impossible. But in the middle of the struggle, you lose all hope.

According to James, this person is unstable in all he does. That literally means that the road he’s taking has no permanent direction.

Think about it. What if the road I took to work each day comes out at a different place each time I drove on it. That’s what life is like as a doubter. You never know where you’re going to end up, spiritually speaking.

We need to trust God’s Word no matter what things look like around us. Abraham learned this lesson, and he saw God’s power at work.

Yet he did not waver through unbelief regarding the promise of God, but was strengthened in his faith and gave glory to God, being fully persuaded that God had power to do what he had promised.
Romans 4:20-21

So if you need God’s wisdom – if you lack in any area of your life – then you can trust Him for it with all your heart. Don’t try to decide whether it’s for you or not. Jesus Christ already paid the price for it. Receive God’s wisdom without any doubt.

Question: What are some doubts that you’ve had to overcome in your life?

Posted by Revzacc on February 20, 2017 in Faith, Spiritual Walk, Word of God

← What You Really Lack
Money and Humility →

One response to “Double Minded”