RSS
← What is the Gospel – Really?
What Are You Known For? → 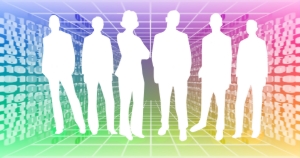 I’ve been sharing about First Thessalonians. In my last post we saw how the Gospel is more than just words. It’s the power of God demonstrated to those around us.

Paul made a statement that I want to go back to. It was at the end of the verse we looked at last time.

You know how we lived among you for your sake.
1 Thessalonians 1:5b

This verse shows us an important part of our spiritual growth. It’s something that we don’t think about too often these days. That is; how do my actions affect you?

Immaturity will say, “I don’t care what you think, I’m going to do what I want anyway.” But as we grow in Christ we realize that what we do has an effect upon those who see us.

Please understand that I’m not saying to compromise the Gospel in order not to offend. What I am saying is that in all my decisions I need to take into account the needs and understanding of those around me.

Paul’s reasoning is made clear in the next verse.

You became imitators of us and of the Lord; in spite of severe suffering, you welcomed the message with the joy given by the Holy Spirit.
1 Thessalonians 1:6

What we need to be aware of, is the principle of imitation. A mature believer understands that they’re going to be an example to those who are younger in the faith.

Example and imitation is a big part of our growth in the Lord. According to Paul, by imitating him, they were actually imitating Christ – to the extent that Paul was following the Lord.

We should all aspire to leadership in the body of Christ. The role of a leader is, by its very nature, an example to others. This is found throughout the Scripture.

When Paul was preaching the Gospel in Thessalonica, he didn’t take up an offering for his expenses. He worked as a tent-maker to support himself. Listen to his reasoning.

We did this, not because we do not have the right to such help, but in order to make ourselves a model for you to follow.
2 Thessalonians 3:9

The word follow in this verse is the same word, imitate that we’ve been talking about. Paul wanted his life to accurately portray what it meant to live for Christ. In that way, those who were looking to him as a leader would be able to see the mature lifestyle lived out.

I need to live with this thought in mind. My actions are either spurring someone on to greater growth in Christ; or giving them permission to walk in the flesh. You may not like it, but that’s what leadership is all about.

It should be our goal, as godly leaders, to have the same mindset as Paul.

Be that mature role-model that others can look to and follow.

Question: How have you seen your example positively affecting the lives of others?

Posted by Revzacc on May 15, 2017 in Leadership, Ministry, Spiritual Walk