RSS
← Christ the Baptizer in the Spirit
Jesus and the Gospel → 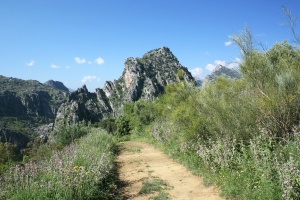 When we think about Jesus, what words come to mind?  Savior, Lord, God Almighty, and many more.  But do we immediately think of “obedient”?  That’s the first picture we get in the Gospel of Mark.

At that time Jesus came from Nazareth in Galilee and was baptized by John in the Jordan.  As Jesus was coming up out of the water, he saw heaven being torn open and the Spirit descending on him like a dove.  And a voice came from heaven: “You are my Son, whom I love; with you I am well pleased.”
Mark 1:9-11

Many people wonder why Jesus felt He needed to be baptized in the Jordan River.  After all, He had no sin that needed to be confessed.  The Lord was perfect in all of His ways.

The fact is that Jesus knew His purpose right from the start.  He came to earth with the cross in mind.  He was fully aware that in order to save us, He would need to die a cruel death, be buried and then rise three days later.

That’s what this baptism was all about.  The Lord was showing, by a visible sign, that He was in full submission to the Father’s will concerning His life.  Christ’s initiation into public ministry was a confession that it would end in death, burial, and resurrection.

That’s why the Father gave His seal of approval to the Lord’s work.  He was well pleased that Jesus was willingly going forward with the plan of salvation.

But there was more to the Lord’s obedience and submission than this act of faith.  There was a step by step, day by day leading that He had to follow.  From this point on, the Holy Spirit would be His guide and leader, giving Him the plan for each new day.

I’d like to think that following the Holy Spirit is easy.  No problems; just do what He says and it’s a clear road ahead.  That wasn’t the case for Jesus.

At once the Spirit sent him out into the desert, and he was in the desert forty days, being tempted by Satan. He was with the wild animals, and angels attended him.
Mark 1:12-13

“Go to Jerusalem.  Proclaim yourself the Messiah and Savior of the world.”

No.  That’s not the path that the Spirit had for him.  Jesus needed to be able to listen to the voice of the Father.  The wilderness would be His training ground.

Although he was a son, he learned obedience from what he suffered and, once made perfect, he became the source of eternal salvation for all who obey him…
Hebrews 5:8-9

We sometimes think that the only time Jesus suffered was on the cross.  I don’t believe that’s the case.  It doesn’t matter who you are, forty days in the wilderness with no food is uncomfortable for anybody’s flesh.

That’s why the Scripture tells us that Christ had to learn obedience.  It wasn’t easy.  It involved some suffering.

The suffering I’m talking about is that of self-discipline.  Jesus didn’t have to go to the desert.  He didn’t have to fast for forty days.  He was being led by the Holy Spirit.

Sometimes I think that’s the hardest temptation there is.  The knowledge that you’re following God’s plan.  It’s not comfortable.  No one will know if you deviate, or even cut a few corners.  Yet, you stay on the path you’re called to, no matter what.

This is the path of submission and obedience that we see exemplified in the life of Christ.

Question: What was the hardest thing the Holy Spirit asked you to do?

Posted by Revzacc on December 4, 2017 in Anointing, Spiritual Walk, Times in the Wilderness

← Christ the Baptizer in the Spirit
Jesus and the Gospel →