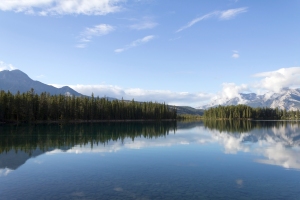 I’m taking a couple of weeks to do some hiking and praying off in the woods.  While I’m gone I’ve felt that I should repost my Top 10 most read articles.  Some of you have been following me long enough to have read them already.  If so, my prayer is that they will again be a blessing to you.

One of the subjects that I love to teach is the Second Coming of Christ. Today, I want to look at the key to it all – resurrection. That was the first track of teaching that Jesus brought to His disciples.

In the Gospel of John, chapter 5, we have the first recorded mention that Jesus makes of the end times. I find it amazing that even though this is where Jesus started, I’ve never heard anyone else begin here. As a matter of fact, in this blog, I talk about a lot of Scripture not commonly taught as pertaining to the Second Coming of Christ.

In this section of Scripture, persecution is starting to arise because of the things Jesus is saying and doing. The Pharisees don’t like the way Jesus is ignoring their religious traditions. Among other things, He’s healing on the Sabbath.

In this chapter, the Pharisees were starting to have a problem with the Lord. They didn’t like the fact that Jesus made himself out to be God in the flesh. According to the Old Testament, that’s who the Messiah was meant to be.

Jesus couldn’t lie about who He was. Of course, this didn’t sit well with the Pharisees, who wanted all the praise for themselves. They didn’t want to hear who the Lord was, because it meant that they would have had to submit their will to His.

In spite of their unbelief, the Lord starts to explain some things to them.

Jesus gave them this answer: “I tell you the truth, the Son can do nothing by himself; he can do only what he sees his Father doing, because whatever the Father does the Son also does. For the Father loves the Son and shows him all he does. Yes, to your amazement he will show him even greater things than these. For just as the Father raises the dead and gives them life, even so the Son gives life to whom he is pleased to give it.”
John 5:19-21

Jesus is telling this group of unbelieving Pharisees that He does the same work as the Father. The Father can raise the dead so He can raise the dead. This is the basis for our trust in Christ. He’s the Life-giver. If I want to live an abundant life, then there’s nowhere else I can turn to.

Elsewhere, Jesus says emphatically that He is the Resurrection and the Life. Our hope must be firmly planted in Him. He’s the source of our life.

The next few verses tell us that Jesus has the same authority as the Father. Disrespect of the Son is disrespect of the Father who sent Him. That’s why any study about the Return of the Lord must start with His teaching. If I contradict His word, then I’m the one who’s wrong. His teaching is the basis for all others.

Question: What place of authority does the teaching of Christ have in your life?

Posted by Revzacc on August 22, 2018 in Power of God, Return of Christ, Spiritual Walk