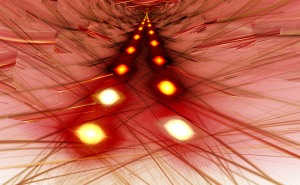 I’ve been posting about David’s anointing as king and how it relates to our spiritual approval process.  It’s surprisingly similar to what we go through in the church today.

So Samuel took the horn of oil and anointed him in the presence of his brothers, and from that day on the Spirit of the LORD came upon David in power.  Samuel then went to Ramah.
1 Samuel 16:13

It’s clear from this verse that the Holy Spirit and power follow the anointing.  That’s what Christ was referring to when He said, “The Spirit of the Lord is upon me BECAUSE He has anointed me.” (Luke 4:18)

I believe that this is a special move of the Holy Spirit to work with signs and miracles.  It’s not the same as the Holy Spirit simply being in us because of salvation.  It’s the power of God, present to confirm His Word.

If you’ve been following these posts, you may remember I said how little the word “anointing” was used in the New Testament.  If you check it out, except once by Paul, all the usage was Jews writing to Jews.

Paul wrote most of the New Testament to Gentiles.  What would a Greek know about the Hebrew anointing?  Paul wrote to people who had no knowledge of it.  How did he describe it?

To understand it, let’s talk about the priesthood in Israel.  To become a priest, you didn’t just walk up to the temple and say, “I’m a Levite and I want to be a priest.”  ABSOLUTELY NOT!!!

To be anointed as priest, you had to attend and graduate a school of the law taught by a Rabbi.  Then you had to prove that you’ve memorized the Pentateuch (The first five books of the Bible).  You had to show your family records proving priestly lineage.  Then you would strip and every inch of your body would be inspected by a board of priests who were looking for any defect that would disqualify you.

Only when you had passed every test would you be robed in priestly clothes and the oil of the anointing was poured on your head.  Being in the right family was only the beginning.  It wasn’t until you were tested and approved to be a priest that you could be anointed.

In reality, our spiritual anointing involves being approved by God.  That’s the word Paul used throughout his writings to the Gentiles.  They wouldn’t understand anoint but approve they could grasp.

The Greek word that Paul used is translated as approve, commend, chosen, or election depending upon the context.  But these words were used by Paul the same way in which anointing is used in the Old Testament.

It’s that approval which gives us access to the pieces of issued armor.  If you’ve been following my posts then you know I’m referring to the Helmet of Salvation and the Sword of the Spirit.  With these, we receive power and authority.

I believe that this is what’s ahead for God’s people.  The next move of God will be to bring us into the fullness of this work.  When this happens, we’ll see the greatest harvest of souls since the Book of Acts.

That’s the true anointing of power.

Question: What does it take to be approved to walk in the authority of the Holy Spirit?