RSS
← We Don’t Belong
Our Victory is in Christ → 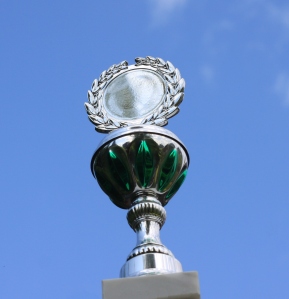 In my last two posts, we’ve seen what the world is and our relationship to it.  Today I want to talk about what it means to be victorious over the world system.

The first thing we need to see is that you can’t be victorious over the world system if you’re a part of it.  Only a citizen of the kingdom of God can win this battle.

It requires a victory over your own flesh and a renewed mind.  Only then can you direct your faith in a way that goes contrary to where the world is headed.

I think that in many ways, our generation of believers has used the term “relevance” as an excuse to join with the world.  We will very easily miss meeting with the saints in order to attend parties, sporting events, or other activities.

We want to show the world that we’re not different from them.  The fact is that in Christ we are different – very different.

You adulterous people, don’t you know that friendship with the world is hatred toward God? Anyone who chooses to be a friend of the world becomes an enemy of God.
James 4:4

The problem is that we have a hard time differentiating the people from the system.  The people who live and work around us are not the world.  The world is the system that controls them.

The goal is to show them that we are different.  Only when they see that there’s a life uncontrolled by the world, will they want what we have.

Remember, the objective is to set them free from the enemy’s control.  But first, they need to see their condition.

They must understand that in Christ, my prosperity is not tied to the world’s economic system.  My joy is not dependent on what’s happening around me.  I’m not shaken by the threat of catastrophes that they see looming over their future.

I’ve been set free from the system that has them bound up in slavery.  It’s only when they see the difference that they can be ready to receive the truth of the Gospel of Christ.

Instead, many believers try to become friends of the system in order to reap the benefits that it promises.  In most cases, the cost is too great.  They find themselves in places and conditions that they never thought they would enter.

It’s time for us to live whole-heartedly for Christ.  Victory over the world system means living a life in total freedom from that system.

It is for freedom that Christ has set us free. Stand firm, then, and do not let yourselves be burdened again by a yoke of slavery.
Galatians 5:1

You were set free in Christ.  Don’t go back to the same old routine.  Walk in the victory that was won for you at the cross.  If repentance is necessary, then do it quickly.  Get back on the path the Lord has laid out before you.

Question: How have you seen freedom from the world system in your life?

← We Don’t Belong
Our Victory is in Christ →