RSS
← The Word of Reconciliation
Grace for a Purpose → 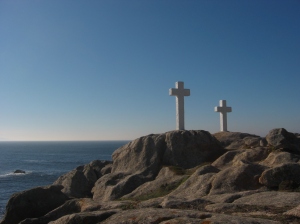 In my last post, I talked about how Christ reconciled us to God.  I explained that the Greek word deals with the concept of exchange.

We know that when God removes something, He always replaces it with something else. Jesus Christ bore my sin to the cross.  What’s the opposite of sin?

The fact is that I can’t be righteous on my own – it had to be a work of God’s power.

God made him who had no sin to be sin for us, so that in him we might become the righteousness of God.
2 Corinthians 5:21

This verse is the essence of our salvation.  He took my sin and now gives me His righteousness.  It’s beyond anything we could have hoped for as human beings.

What is our salvation all about?  There are many believers who don’t really understand what happened to them when they bowed their knees to Christ.

To some, it simply means that they decided to be good. To others, it means that they’re going to try and follow the teachings of Jesus. That is NOT Christianity.

It all starts with an understanding of our condition without Christ.

…for all have sinned and fall short of the glory of God…
Romans 3:23

Our problem is sin. You probably already know that the word sin, in both the Greek and Hebrew, means to miss the mark. That means that we’re all deficient, inferior to, God’s glory. Even though we were created in the image of God, in Adam we’ve fallen from that high position.

It doesn’t matter who you are, where you were born, or how good you are. In Adam, the whole human race is guilty of sin – missing the mark. But as bad as that is, it gets worse.

Therefore, just as sin entered the world through one man, and death through sin, and in this way death came to all men, because all sinned…
Romans 5:12

It turns out that sin brought a friend with him – death – separation from God. Who is under the penalty of death? EVERYONE! Death is the penalty for not living up to the glory of God.

You can look at it this way; every human being ever born was born onto the path that leads to death. There’s no reversing it, no exits, and it leads straight to hell. But, praise God, that’s not the end of the story.

Christ came to the earth as a man, God made flesh. He took on humanity but lived a life totally without sin.

Because it was He who created us, only He had the power to take our place. That’s the concept of substitution. He took our place on the cross in the penalty for our sin.

Now we come along, thousands of years later, on this path that leads to death. We can’t leave it or even turn around. We hear the Gospel of Christ. We decide to accept what Christ did for us by faith.

That’s when everything changed. The Lord freely gives us His righteousness.  It’s the basis for a new life in Christ.

Question: What were the events that led to your salvation?

Posted by Revzacc on June 3, 2020 in Spiritual Walk, The Gospel

← The Word of Reconciliation
Grace for a Purpose →

One response to “A Righteous Exchange”