The Grace of Giving 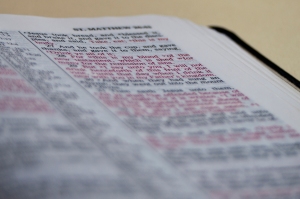 We’re continuing our study through the book of Second Corinthians.  The Apostle Paul will now begin a new subject.

And now, brothers, we want you to know about the grace that God has given the Macedonian churches.
2 Corinthians 8:1

I realize that many ministers consider the giving of offerings a taboo subject.  They’re afraid to offend and then lose some of their supporters.

I believe that understanding the Biblical way of giving is important for us as believers.  We need to know how God views it.

Some people get all upset when preachers talk about offerings.  Tithing, prosperity, and God’s provision are controversial in some places.

However, the fact that Paul devoted two whole chapters in his letter explaining this issue tells me that it’s a much-needed teaching in the body of Christ.

Even the way Paul approaches the subject lets us know the importance.  He tells us that he wants to explain the grace God is giving to the churches.  Yes, you heard correctly, giving is a grace that God bestows upon us.

That sounds good to me.  Because where there’s grace, there are miracles.  Giving is a way in which you can allow the Holy Spirit to work through you.  That’s exactly what happened in Macedonia.

Out of the most severe trial, their overflowing joy and their extreme poverty welled up in rich generosity.
2 Corinthians 8:2

Do you really hear what Paul is saying?  Under normal circumstances these words don’t belong in the same sentence.  Especially since they’re describing the same group of people.

Paul says that they were experiencing a huge trial of pressure.  Yet, at the same time, they had an over-abundance of joy.  I know people who don’t have more than enough joy during non-stressful times.

Paul goes on to say that they were in the depths of poverty.  But in spite of that, they showed a super-abundance of wealthy liberality in their giving.

To me, the above two paragraphs are the definition of miraculous.  There is absolutely no way that Paul’s statements could be true apart from the intervention of an all-powerful God.

That’s the grace of giving at work.  I don’t know about you, but I want to experience this in my life.

Over the next series of posts, we’ll be looking at the principles that the apostle talks about.  So if you don’t already subscribe to this blog, you may want to so you won’t miss an installment.

Question: What is your present view on Christian giving?

Posted by Revzacc on July 31, 2020 in God's Provision, Power of God, Spiritual Walk

← God’s Heart
Giving Yourself to God →