RSS
← Giving Yourself to God
Giving by Desire → 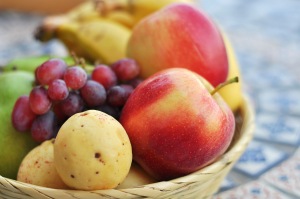 In my last post, we saw how the churches in Macedonia walked in the miraculous grace of giving.  Now Paul wants to use them as an example to the Corinthian church (and us).

So we urged Titus, since he had earlier made a beginning, to bring also to completion this act of grace on your part.
2 Corinthians 8:6

The last time Paul visited Corinth, the church promised a big offering for the churches in Judea.  They were going through a time of great famine and Paul wanted the Gentile churches to be a blessing to them.

Apparently, Titus, Paul’s son in the faith, was charged with the arrangements.  He was to make sure the money was collected and brought to the needy churches.

It’s continually made clear that giving is an act of grace.  God works through us to help others.

But just as you excel in everything — in faith, in speech, in knowledge, in complete earnestness and in your love for us — see that you also excel in this grace of giving.
2 Corinthians 8:7

The Corinthian church had many things going for it.  They were one of the largest churches of their day.  They also had a powerful ministry.

The apostle acknowledges the incredible work they were doing.  He said that they excelled in everything.  That word means to super-abound in quality or quantity.  They were a church doing a great work.

The first thing Paul lists is faith.  That’s where it all starts.  A church with no faith has no vision.  It doesn’t take faith to make sure you have a service every week.

You have to see where God wants to take you to.  What’s the next level in your ministry?

Another thing they excelled in was their speaking.  They must have had a great preaching and teaching ministry.  That’s a big part of church growth.

People need to be trained.  New believers need mentoring.  Mature believers need to learn the art of leadership.  We never stop growing.  A church without a teaching ministry is bound to stagnate.

Along with this, they also excelled in knowledge.  They wanted to learn.  That’s probably why they followed the corrections in Paul’s first letter.

A teachable spirit is very important.  The more we learn, the more we must be open to change.

Finally, the apostle commends them for excelling in earnestness.  That’s an important component.  It’s the Greek word from which we get the English word, speed.

It’s one thing to know what you need to do.  Many churches know the changes that need to take place to bring them to the next level.  The hard part is taking that first step and doing what needs to be done.

The Corinthian church was graced in all of these areas.  Now Paul wanted them to launch full speed into the grace of giving.  We need to learn from their example.

Question: How quick are you to obey a new instruction from God?

Posted by Revzacc on August 5, 2020 in Faith, Leadership, Ministry, Spirit of Excellence

← Giving Yourself to God
Giving by Desire →