RSS
← The Liberality of God
Giving Results in Thanksgiving → 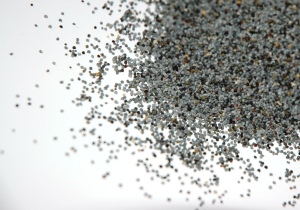 We’re continuing to go through Paul’s second letter to the Corinthian church. He’s talking about the grace of giving and the rewards associated with it.

Now he who supplies seed to the sower and bread for food will also supply and increase your store of seed and will enlarge the harvest of your righteousness.
2 Corinthians 9:10

Paul gives us a good description of the God we serve.  He shares a few important pieces of information.

The first thing he says is that God completely supplies.  He’s not a partial God, but one who does the whole work needed.

The Lord supplies seed to the sower.  That begs the question; what is a sower?  A sower is not someone who puts a few tomato plants in his backyard.  A sower is a farmer whose livelihood depends upon the crops that he sows in the ground.

A sower is someone who is regularly sowing.  They have a lifestyle of planting good seed into good soil.  They also water, weed, and watch over what they sow.

The good news is that God supplies seed for those who are sowers.  Whatever it is that you sow regularly, God will keep you amply supplied.

The next thing Paul says is that God supplies bread for food…or, literally, eating.  That’s for spiritual consumers.  They simply take.  They expect God to do everything for them without putting anything into His kingdom.

Jesus did say we could pray for our daily bread.  But that’s daily.  It’s for people who only want enough to survive.

I believe that the best choice for any Christian is to become a sower.  The rest of the verse is for them.  Someone who’s eating their daily bread has no need for a storehouse of seed.  That’s for those who are intent upon planting.

The Lord promises to increase your storehouse and your harvest.  The more you plant, the more He’ll give you.

But there’s more. The Greek word for increase and enlarge is a word from which we get our English word, choreograph.  In other words, if you’re a sower, God will choreograph things in such a way, that you’ll get more seed and a greater harvest.

That’s why it’s always better to be a sower than a consumer.  The promises of God are better.  What’s more, you’ll live a more fulfilling life.  You’ll be sowing blessings into the lives of many people around you.

Here’s the way Jesus said it…

“Give, and it will be given to you.  A good measure, pressed down, shaken together and running over, will be poured into your lap.  For with the measure you use, it will be measured to you.”
Luke 6:38

That’s how to live in order to be a blessing and be blessed at the same time.

Question: How have you reaped the rewards of giving?

← The Liberality of God
Giving Results in Thanksgiving →