The Pain of the Cross 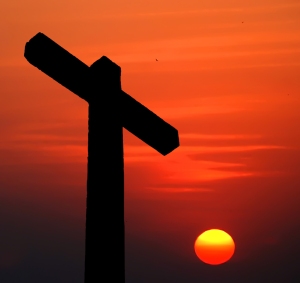 Before He ever went to His cross, Jesus told us that we each need to carry our own cross.  What does that mean to us?  I believe that the events surrounding His crucifixion, give us some insights.

A certain man from Cyrene, Simon, the father of Alexander and Rufus, was passing by on his way in from the country, and they forced him to carry the cross.
Mark 15:21

The first thing we see is that in His weakened state, the Lord was physically unable to carry the full weight of His cross.  So a man named Simon was made to carry it.

Nobody volunteers to carry a cross.  He had to be forced to do it, and it wasn’t even Simon’s cross.

We may not want to do it, but carrying our cross is a choice every believer has to make.  It’s a daily decision.  It’s not some situation that we find ourselves in.

I’ve heard some women say about their husband, “You’re my cross that I have to bear.”  That’s absolutely not what’s meant by carrying the cross.  It’s all about a daily choice to deny the flesh and follow the leading of the Spirit.

They brought Jesus to the place called Golgotha (which means The Place of the Skull).  Then they offered him wine mixed with myrrh, but he did not take it.
Mark 15:22-23

The next thing I see is that the cross involves pain.  Besides its other uses, myrrh was a painkiller.  Condemned criminals were given it to take the edge off of the pain they were about to endure.  Jesus refused it, taking the full pain of punishment for us.

The fact is that when we deny the flesh, there’s pain involved.  Maybe not physical pain, but there is a great discomfort in refusing the way of the “old man”.  A large part of that is the knowledge that at any point we could choose to stop the discomfort and give in to the temptation of sin.

To my knowledge, there’s no painkiller available to stop the discomfort of denying the flesh.  I wish that there was.  I believe that Christ refused the myrrh to identify with our suffering.

And they crucified him.  Dividing up his clothes, they cast lots to see what each would get.
Mark 15:24

Finally, the cross involves loss.  Jesus had to watch while others took things that belonged to Him.  That’s also a part of what happens when we deny the flesh.

Our present generation has recently coined a new term – FOMO.  It stands for a Fear Of Missing Out.  In our age of everyone being connected to each other – we constantly know what all our friends are doing.  We know where they are, what they’re eating, and what they’re feeling.

When we decide to deny the flesh and follow the Spirit, it always comes with the fear that we’re going to miss out on the enjoyment of the world.  If I follow Jesus, then I’m not going to have as much fun as my friends.

That’s a choice you have to make.  It depends on whether you want fun or fulfillment.  Do you want a life you can look back on and say, “That was worth living!”?

Please understand; I’m not saying that there’s no fun as a believer.  My life is full of good times.  But the good times in Christ come without the baggage of regret.  Sometimes the hardest choices bring the greatest rewards.

Carrying your cross – it goes against human nature – but you’ll find that it’s worth the pain.

Question: What does carrying your cross mean to you?

Posted by Revzacc on September 5, 2018 in Encouragement, Revival, Spiritual Walk

Tags: carrying the cross, Christ, cross of Christ, crucifixion, denying the flesh, fear of missing out, following the spirit, Jesus, my cross to bear, pain of the cross

The Cross and our Rights

I’ve been talking about giving yourself as a gift to God. In my last post I talked a little about carrying the cross.

“And anyone who does not carry his cross and follow me cannot be my disciple.”
Luke 14:27

What did Jesus mean by that? I’ve heard people use this in a lot of different ways. Sometimes they’ll use this term in talking about an ongoing illness, or even their spouse.

“That’s my cross that I have to bear.”

Is that what it’s all about? I don’t think so. Carrying a cross is a sign that you’re about to die. Very soon you’re going to be laying down your life.

In the next few verses in Luke (verses 28-32), Jesus talks about counting the cost of becoming His disciple. He doesn’t make it sound easy.

It’s like a contractor determining the cost of a building before he starts the construction. You wouldn’t build the foundation only to realize that you don’t have the funds to complete it.

Jesus also said that it’s like a king who’s at war. He must come to a decision as to whether or not he can hold off the force that’s coming against him. If not, he must seek terms for peace before the fighting starts.

After giving these examples, the Lord comes to a conclusion.

“In the same way, any of you who does not give up everything he has cannot be my disciple.”
Luke 14:33

That’s what carrying your cross means. It’s giving yourself as a gift to God. We have to realize that a gift gives up all of its rights.

That’s why Jesus went on to say…

“Salt is good, but if it loses its saltiness, how can it be made salty again? It is fit neither for the soil nor for the manure pile; it is thrown out.
He who has ears to hear, let him hear.”
Luke 14:34-35

Back when this was written, salt had a higher percentage of impurities than we have today. If it got wet, the actual salt would wash out and you were left with the dirt. You wouldn’t want to use that on your food.

In the same way, there are believers who want to serve God. But at the same time they want to retain their rights to determine what they want to do or not do. That doesn’t work out too well in the Kingdom of God. It’s like putting dirt on your sandwich.

As a matter of fact, most fights and disagreements start over a perceived violation of our personal rights. Living for Christ requires a whole different mindset.

We must give up our wants and desires, as good and noble as they may be. In their place we take on God’s great purpose for our lives. That’s how we will step into the destiny we were created for.

Question: What has God called you to accomplish for Him?

Posted by Revzacc on July 25, 2016 in Ministry, Revival, Spiritual Walk