Tag Archives: lives laid down for the scripture

Lives Laid Down for the Scripture #Revivals past 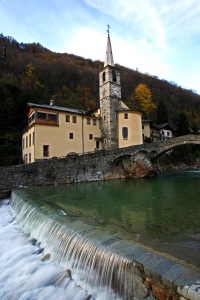 I’ve been posting about the first great move of God after the Dark Ages.  The Lord was using His people to restore the Bible as the foundation for faith and practice in the church.

For everything that was written in the past was written to teach us, so that through endurance and the encouragement of the Scriptures we might have hope.
Romans 15:4

It’s obvious from the lives of these people, that they were able to endure beyond the normal experience.  It was their reliance on the Scripture that brought them to this level.

Who were these dedicated believers?

There were the Cathari in France.  They believed that tradition, alone, is not a basis for faith.  So they started printing and circulating Scripture.  Pope Innocent III actually called for a crusade against them.  Not only did he wipe them out, but the entire local population as well.

Another name to remember was Peter Waldo.  Around this time he started preaching the Word of God and circulating Scripture.  His followers were called the Waldensians.  They fared a little better.  When the order was given to kill them all, they were able to flee.  This community of Christians escaped to the mountain caves of Northern Italy, where they still exist today.

One of the more famous names of this move was John Wycliffe, from England.  Again, his goal was to preach the Word and get the Scripture into the hands of God’s people.  His followers were called the Lollards.  Unfortunately, they had to give up their lives for the faith.  They were martyred by Kings Henry the IV and V.

In many cases, the problem with our humanity is that we don’t want to know that we’re wrong.  The fact is that I need Scripture to correct me and then show me how to get back on solid ground again.  Many don’t want to admit their need for change.  Especially when there’s political power involved.  That was a big reason that they crucified the Lord.

The list goes on and on of those who started preaching a new way of following Christ – using the Scripture as the standard of their lives.  It includes such men as St. Jerome, John Huss, John Calvin, and Martin Luther.  Many people don’t know that Luther was actually working on a German translation for the common people to read.  Most of these saints of God were persecuted and killed.

Their commitment is summed up pretty well in a line from the dedication page of the KJV Bible: “So that if, on the one side, we shall be traduced by…persons at home or abroad, who therefore will malign us, because we are poor instruments to make God’s holy Truth to be yet more and more known unto the people, whom they desire still to keep in ignorance and darkness;”

I am eternally grateful for their sacrifice so that I could have a foundation for my faith.  And, so that you could know the truth of God for yourself.

Question: What’s the best way to show our gratefulness to God for our unlimited access to the Scripture?