The Flow of Authority

We’re continuing through the book of Romans. Today we’re starting chapter 13. In this chapter, Paul begins to talk about authority and our relationship to it.

Everyone must submit himself to the governing authorities, for there is no authority except that which God has established. The authorities that exist have been established by God

The first thing we need to do is define what authority is, exactly. There are many people who confuse authority and power. Although they function together, they’re not the same thing.

Paul begins by establishing the basis for authority. As I’ve said, there’s a chain of authority. It all flows from the throne of God. There is no authority (permission to use power) except what comes from God.

We also need to realize that all authority has been arranged by God in an orderly manner. That’s because God is a God of order.

Please understand – God has established all the authority structures. However, not every person in those positions of authority were placed there by God. It’s the structure that is God-ordained.

This is the reason that we must submit ourselves to those in authority. That’s the only way for authority to flow to me.

The word, submit, means to arrange under. It’s a choice I make to arrange myself under the chain of authority God has called me to be a part of. When I submit myself in His plan, I have God’s authority flowing through me.

That brings us to the next important concept – rebellion.

Consequently, he who rebels against the authority is rebelling against what God has instituted, and those who do so will bring judgment on themselves.

The Greek word for rebel in this verse means to oppose the arrangement. It tells us that if we rebel against authority, we’re standing against what God instituted. In other words, we are opposing the way God chooses to work through us.

The Word is very clear on this point. If you do this, you’ll receive a guilty verdict. Without submission, we have no authority. Without authority, we have no permission to walk in the power of God.

This is how it worked during the ministry of Jesus.

The seventy-two returned with joy and said, “Lord, even the demons submit to us in your name.”

The disciples understood how their authority functioned. It wasn’t their natural ability. In the same way, we must be clear where our authority comes from. Never think that it’s because of your own goodness.

“For rebellion is like the sin of divination, and arrogance like the evil of idolatry. Because you have rejected the word of the Lord, he has rejected you as king.”

This is the opposite of how God’s kingdom works. Sorcery wants to have power without God’s authority. This is how demonic forces operate. That’s also why those who walk in God’s power and authority have nothing to fear from the devil’s kingdom.

We must learn to submit ourselves to God’s authority structures. That’s the only way to walk in the power of God.

Question: Who do you submit to in the chains of authority God has placed you in?

Posted by Revzacc on September 20, 2021 in Leadership, Ministry, Power of God

Are We Pursuing God – Really? 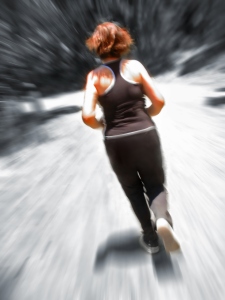 Last week I mentioned our pursuit of God. Many believers are convinced that they’re pursuing God. But is that what’s really happening?

I want to take a few posts to talk about the pursuit of God. Over and over again in the Scripture we see God saying to His people, “Seek Me, follow Me and come near Me.” One of the most important jobs of the Holy Spirit is to lead us into the Lord’s presence.

The Nation of Israel learned this lesson the hard way.

Here are two verses that don’t sound like they go together.

“Shout it aloud, do not hold back. Raise your voice like a trumpet. Declare to my people their rebellion and to the house of Jacob their sins.
For day after day they seek me out; they seem eager to know my ways, as if they were a nation that does what is right and has not forsaken the commands of its God. They ask me for just decisions and seem eager for God to come near them.”
Isaiah 58:1-2

The first verse talks about showing the people their rebellion. In what way are they rebelling?

The next verse sounds like just the opposite. Day after day they seek out the Lord. They are eager to know His ways. They are asking for God to come near them.

This verse should actually cause us to stop and think. It sounds like much of the church in our generation. We are seeking, asking, studying, and desiring the presence of God to show up.

And yet, the Lord calls it rebellion. What was the problem? Actually, it was a very subtle one. The beginning of the next verse gives us the answer.

I believe that many of us in the church today are falling into the same trap. We’re trying to get God to come after us.

This is what the Lord says: “Heaven is my throne, and the earth is my footstool. Where is the house you will build for me? Where will my resting place be? Has not my hand made all these things, and so they came into being?” declares the Lord.
“This is the one I esteem: he who is humble and contrite in spirit, and trembles at my word.
Isaiah 66:1-2

In effect, God is saying, “What could you possibly offer that I would pursue you?” This verse literally says that the one God looks intently at – the one who gets His attention – is the one who humbles himself before God.

I want to take a couple of posts to look at this aspect of pursuing God.

Question: How do we show either pride or humility in our pursuit of God?

Posted by Revzacc on March 28, 2016 in Revival, Spiritual Walk, The Church

Nehemiah 9:17
They refused to listen and failed to remember the miracles you performed among them. They became stiff-necked and in their rebellion appointed a leader in order to return to their slavery. But you are a forgiving God, gracious and compassionate, slow to anger and abounding in love. Therefore you did not desert them.

In this passage, Nehemiah is praying, and remembering why Israel is presently in captivity in a foreign land.  Time and time again they refused to listen to the Lord’s leading.  They took no time to think and meditate on the many miracles that God performed on their behalf.  Instead they had a history of outright rebellion against God’s leadership.

But here is the amazing part – in all that time God remained forgiving, gracious, and compassionate.  I’m so glad that our God is not bound to emotional outbursts the way we humans are.  Instead of writing them off and giving up on them, God worked with Israel.  He tried to draw them in by His love for them.

This is truly a God who is abounding in love.  This verse literally says that God has an over abundance of love.  That only stands to reason.  God is love.  God is infinite.  Therefore, His love is infinite.

Bask in the warmth of that love today.  Let God’s overabundance minister to your soul.  Allow the Holy Spirit to speak words of encouragement to your inner man.  Be refreshed by this love that passes all understanding.