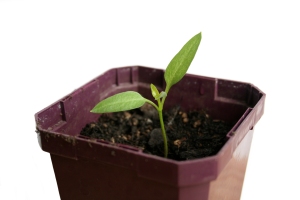 As Paul nears the end of his first letter to the Corinthian church, he gives a series of exhortations.  I think that we would do well to live by them.

These five simple statements are the foundation for a growing walk with the Lord.  If we would make it a point to see these activated in our lives, we’d be a lot better off.

Be on your guard.  This literally means to stay awake.  I think that too many Christians are spiritually asleep in this generation.  What do I mean by this?

When you’re asleep, you’re unaware of what’s happening around you.  Spiritual sleep is the same.  There are Christians who are totally unaware of the spiritual aspects of their life.

They think that everything revolves around what they see in the natural.  It’s all about satisfying their wants and desires.  They never ask, “What’s God’s will for my life?”

I need to seek what God has destined me for.  Then, with His strength, I can start heading in that direction.  I want my spiritual eyes to be open.

Stand firm in the faith.  This simply means that once you know what God’s Word says, you don’t waver or move from believing it.

Be men of courage.  This is the second step of faith.  If I believe that something’s true, then I won’t be afraid to let people know that I believe it.  I think that all too often, courage is the missing ingredient in many of our lives.

We are a part of a culture that tells us that it’s offensive to believe in Jesus Christ as a Savior.  So in order to accommodate them, we keep silent.  At the same time, every other belief is allowed to take center stage.

We need to be vocal about what we believe, while at the same time being sensitive to walk in love.

Be strong.  This actually means to be strengthened.  We shouldn’t be stagnant in our spiritual growth.  There are things we can be doing to build ourselves up.

Prayer in the spirit, meditation on the Word, and fasting are just a few ways to become stronger.  Just like in the physical, we can’t neglect our spiritual health.  If we do, then the consequences could be devastating.

Do everything in love.  This is the one that ties everything else together.  Our lives should reflect the love of Christ in all that we do.

This is the agape-love.  It’s the non-emotional desire to treat others as if you like them, no matter how you actually feel about them.  And also, whether you know them or not.

This love is a choice that we make to walk like Jesus did.  Our love is what will draw people to the cross.  That should be the goal of all that we do.

Question: How well is each of these characteristics visible in your life?

Posted by Revzacc on October 18, 2019 in Encouragement, Faith, Fasting, Prayer in the Spirit, Spiritual Walk 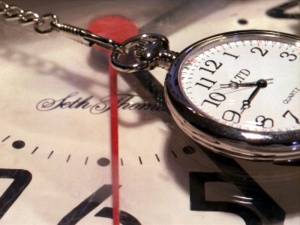 As we continue our study of the Gospel of Mark, Jesus is closing His End-Times teaching with His disciples.  These are His concluding statements.  They’re important for us to hear and understand.

“No one knows about that day or hour, not even the angels in heaven, nor the Son, but only the Father.  Be on guard!  Be alert!  You do not know when that time will come.  It’s like a man going away: He leaves his house and puts his servants in charge, each with his assigned task, and tells the one at the door to keep watch.”
Mark 13:32-34

He starts by saying that the exact day and hour will be a mystery.  Even Christ, when He took on our humanity, did not retain that knowledge of when that day would be.  Of course, now in His glorified state, Jesus knows when He will return.

His first command to the disciples and us is to watch.  The word literally means to be sleepless.  I don’t believe that the Lord means physical sleep in this verse.  It’s our spiritual eyes that we must keep open.

Too many of God’s people seem to be blind to what’s happening in the spirit.  They go to church for an hour or two a week and expect that this will provide them with everything they need to know.  I wish that were true.

We need intimacy with the Holy Spirit on a daily basis.  That’s the only way to remain spiritually alert and vigilant in these Last Days.

“Therefore keep watch because you do not know when the owner of the house will come back — whether in the evening, or at midnight, or when the rooster crows, or at dawn.  If he comes suddenly, do not let him find you sleeping.  What I say to you, I say to everyone: ‘Watch!’”
Mark 13:35-37

Jesus is explaining to us a little bit of His time frame here.  Even though He never tells us exactly when He’ll return, He gives us some hints to help us be ready.  He doesn’t want us to be taken by surprise.

Jesus tells us the most important hint as we wait for His return.  He says that He will come when you don’t expect it.  Please be careful when reading the words of Jesus here.  Many miss the whole point of what He says.

Notice that it will not be a surprise because He comes before you expect Him.  What’s going to throw people off is that He’ll arrive later than they thought it would be.  That’s what He’s emphasizing in this verse.  The Lord said that it could be as late as midnight, the early hours of the morning, or even dawn.

What if I said to you, “Can I come over to your house tonight?”?

“Sure,” you reply and you wait for me to show up.  7 o’clock, 8 o’clock and 9 o’clock go by.  At that point, you’ll probably shut the porch light off.  At 10 o’clock you might be in bed.  At 11 o’clock you’ll definitely be in bed.  If I then bang on your door at 3 o’clock in the morning, I’m sure you wouldn’t even get out of bed to answer the door, even though I told you I was coming.

That’s what Jesus is saying.  He’s telling us that He’s coming later than we think.  There will be a time when people think that Jesus should be here by now, but He’s not.  We could call that “prophetic midnight”.

If you’re one of the people who believe that He’s going to be here at this prophetic midnight, you might be disappointed.  We’ve got to be careful.  Most of Christianity is expecting Him to come before certain prophetic events occur.  Jesus said, “I’m going to come later than you think.”

As a matter of fact, what you’re going to find, is that whenever Christ warns us about being ready, He always qualifies it by saying that He’ll come later than we’re expecting.  Jesus said that if the servant knew when the owner was coming he’d be ready.  We need to be spiritually awake and alert no matter what the future holds.

Question: What do you do to remain spiritually alert?

Posted by Revzacc on July 13, 2018 in Prayer, Return of Christ, Spiritual Walk 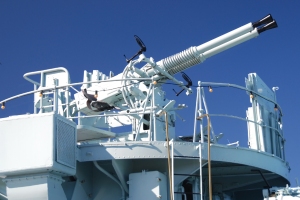 Whether you know it or not, the world is a spiritual battle zone right now. Unless you have the right mentality, you could become a casualty of this war. That’s why it’s so important to know how the Bible says for us to live.

Take the helmet of salvation and the sword of the Spirit, which is the word of God. And pray in the Spirit on all occasions with all kinds of prayers and requests. With this in mind, be alert and always keep on praying for all the saints.
Ephesians 6:17-18

As I’ve posted in the past, this verse is talking about the authority and power of God. The Lord wants to work this through us. To read the series where I talked about this – click here.

In this new series of posts my question is; if we know we’re in the battle zone, then how should we live? The last sentence of this passage literally reads attend to this with all persistency and petition. The fact of the matter is that there’s a battle zone mentality.

The first thing we’re told is that it requires us to be alert. The Greek word there means to be sleepless. We must be awake and alert in the battle zone.

We’re told in this same chapter of Ephesians that our enemy isn’t flesh and blood. They don’t take a day off. Does that mean we don’t need rest or take a vacation? No, but we have to stay spiritually vigilant no matter what’s happening in our lives.

“There’s not much going on in my life right now. I don’t need to pray today.”

That kind of thinking can destroy you in this battle. Look at how Jesus put it to His disciples.

“Watch and pray so that you will not fall into temptation. The spirit is willing, but the body is weak.”
Matthew 26:41

Watching – staying spiritually alert – and prayer go together. According to Jesus, it’s so that you will not enter into a test, a proving.

In the battle zone there are traps and ambushes. You must be alert. Like someone who’s walking in the middle of minefield. At that point you’re in the test.

Did you know that many of the tests and temptations of life can be avoided? I wonder sometimes how many of these battles are of our own making. Or maybe we’ve just walked blindly into them.

Be self-controlled and alert. Your enemy the devil prowls around like a roaring lion looking for someone to devour.
1 Peter 5:8

This is how the enemy works. In the natural, it’s the oldest, weakest lion that does the roaring. The strong, young lions wait on the other side of the prey. When the prey hears the roar and runs away from it, they run right to the lions waiting for their dinner to arrive.

It’s the same with our spiritual enemy. He’s trying to get you to head into a trap. We have to keep spiritually alert at all times. That only happens as we watch and pray. It will help us to avoid many of the problems that are before us.

Question: Can you think of a time that you were tested or tempted because you weren’t spiritually alert?

Posted by Revzacc on November 27, 2015 in Power of God, Prayer, Spiritual Warfare