Too Far for the Sake of Relevance 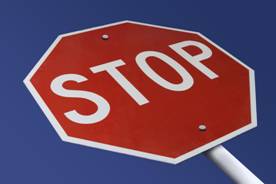 I’m continuing to look at First Corinthians, chapter 15.  Paul is talking about the concept of resurrection.  He started by reminding them of his Gospel message.  This is, that Christ died for our sins according to the Scriptures, that he was buried, that he was raised on the third day according to the Scriptures, and that he then appeared to many credible witnesses.

This is the foundation of faith that the Corinthian church was established upon.  Unfortunately, they were now trying to become more acceptable to the society around them.  Belief in someone rising from the dead was a little far out.

Greek society prided themselves on their intellect and knowledge.  It’s a lot like where I live, in the Boston area, where there’s a college or university everywhere you look.

Because they wanted to be “relevant”, they downplayed the resurrection.  Sometimes even telling people they could become a Christian without believing in it.  They were probably well-meaning and though that once they came in the door, someday they’d “see the light.”

What does Paul think about this?

More than that, we are then found to be false witnesses about God, for we have testified about God that he raised Christ from the dead.  But he did not raise him if in fact the dead are not raised.  For if the dead are not raised, then Christ has not been raised either.  And if Christ has not been raised, your faith is futile; you are still in your sins.
1 Corinthians 15:15-17

Changing the truth of God’s Word in order to make it more palatable to society only removes the very heart of the message.  It’s no longer the Gospel.

Many in our generation need to understand this truth.  The Scripture says what it says.  It will offend some people.  We can’t change that.

This being said, we can change the way we handle it.  We can be more loving and less judgmental.  When Jesus ministered, He found a way to show God’s love without compromising truth.

We need to take stock of our message.  Does it line up with Scripture?  Once you leave the clear path of truth, the doctrines of faith begin to fall like dominoes.

Paul shows these Christians the end result of a belief in no resurrection.

Then those also who have fallen asleep in Christ are lost.  If only for this life we have hope in Christ, we are to be pitied more than all men.
1 Corinthians 15:18-19

The bottom line is to never compromise the truth of the Word to win people to Christ.  You can change the method, but not the message.

Question: What was the message that you believed when you were saved?

Posted by Revzacc on August 28, 2019 in Faith, Revival, The Church, The Gospel