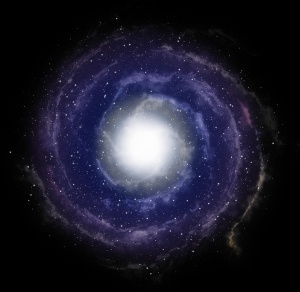 I’m posting about how we show the light of Christ to the world around us. The enemy would try to blind their spiritual eyes to the truth. But he can’t stop the power of God.

That’s because the light takes many forms. The prophet Malachi foresaw this day.

But for you who revere my name, the sun of righteousness will rise with healing in its wings. And you will go out and leap like calves released from the stall.
Malachi 4:2

He saw righteousness rising like the sun. Have you ever seen sunbeams breaking through the clouds? In the ancient Hebrew culture, they called them the “wings” of the sun. So Malachi saw healing beaming out from righteousness.

That’s a part of the light that we shine. That’s why we pray for the sick, especially for an unsaved person. When God brings healing, that’s the light of Christ breaking through to them.

For God, who said, “Let light shine out of darkness,” made his light shine in our hearts to give us the light of the knowledge of the glory of God in the face of Christ.
2 Corinthians 4:6

But we always have to remember, it’s not our light but His. Peter talked about having the Word in you and allowing it to grow and produce fruit in your life. In speaking about this fruitfulness…

But if anyone does not have them, he is nearsighted and blind, and has forgotten that he has been cleansed from his past sins.
2 Peter 1:9

Peter calls unfruitful Christians blind and nearsighted. He says that you’ve forgotten about your past being cleansed by the blood of Christ.

That’s because this person is blind to what God is doing. They’re also nearsighted; they can only see what’s right in front of them. They major on the temporary things of this world.

The night is nearly over; the day is almost here. So let us put aside the deeds of darkness and put on the armor of light.
Romans 13:12

It’s interesting to see the contrast here between deeds of darkness vs. armor of light. That’s because the armor is all about action.

Truth, righteousness, the Gospel, faith – all of these things must be visible. It’s up to us to make the light accessible to the world.

We’re the ones looking into the light. We should be walking in it, letting it change us.

…so that you may become blameless and pure, children of God without fault in a crooked and depraved generation, in which you shine like stars in the universe as you hold out the word of life…
Philippians 2:15-16

How do we shine like stars? As we hold out the Word. The Word is the light. We hold it out. Not everybody wants it; but some people are touched and changed by it. We need to live in such a way that the light is seen.

Question: How have people seen the light of Christ in your life lately?

Posted by Revzacc on July 18, 2016 in Healing, Revival, Spiritual Walk

← Fear of the Light
God’s Endgame →