RSS
← God Pleaser or Man Pleaser?
Freedom for All → 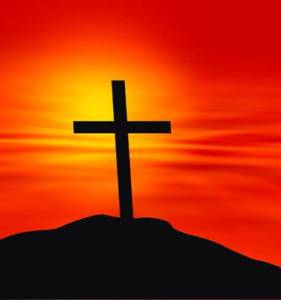 I’m continuing to look at Paul’s letter to the Galatian church.  It’s a letter of correction because they were beginning to fall into legalism.  He had to warn them that a gospel of legalism was no gospel at all.

He begins by telling them of his personal walk with God.

I want you to know, brothers, that the gospel I preached is not something that man made up.  I did not receive it from any man, nor was I taught it; rather, I received it by revelation from Jesus Christ.
Galatians 1:11-12

Paul tells us that he did not preach a man-made gospel.  It was received from Jesus Christ by the revelation of the Holy Spirit.

This is important for us to understand.  It’s the first time that Paul shares about his conversion to Christianity.  The book of Acts had not been written yet when Paul wrote this letter.  So he’s explaining the most important parts of his transformation.

Paul was a Pharisee.  He had to be trained for that role.  He went to a Jewish seminary.  He had huge portions of the Scripture memorized.

Yet, with all that training, he needed the revelation of Jesus Christ in order to preach the Gospel.  That tells me that the Gospel – the Good News of Jesus – has to be learned by the Spirit.  Paul makes it clear by describing what happened directly after his salvation.

For you have heard of my previous way of life in Judaism, how intensely I persecuted the church of God and tried to destroy it.  I was advancing in Judaism beyond many Jews of my own age and was extremely zealous for the traditions of my fathers.  But when God, who set me apart from birth and called me by his grace, was pleased to reveal his Son in me so that I might preach him among the Gentiles, I did not consult any man, nor did I go up to Jerusalem to see those who were apostles before I was, but I went immediately into Arabia and later returned to Damascus.
Galatians 1:13-17

I think that in our efforts to read through the Bible, we sometimes miss the little, important details.  The fact is that Paul preached a revealed Gospel rather than a taught Gospel.   But we say, “That was the Apostle Paul.  He was a special case.  He was writing most of the New Testament.”

In reality, Paul was human, just like us.  The difference was that he had already gone through the process of getting his theology from other people.  Now he wanted to operate by grace.

In telling us that he got his Gospel by revelation, he was not saying that Jesus Christ personally appeared to him in his room.  Jesus didn’t show up and audibly teach Paul the Gospel for three years.  That’s not the method the Lord uses under the New Covenant.

The key phrase in the above passage is when Paul says that God was pleased to reveal his Son in me.  The Lord was not revealed TO Paul, but IN Paul.  That’s what we need to grab hold of.

An understanding of the Scriptures concerning our salvation is a plus.  But in all honesty, our post-Christian generation couldn’t care less about what the Bible says.  It’s all about Christ revealed in us.

The true Gospel is not a list of memorized Bible verses.  It’s the story of how Jesus Christ broke into my world.  How He revealed Himself in my circumstances and changed my life.  The Gospel is not hearsay, but a valid testimony of what I’ve experienced.

That’s why we need to rely on the Holy Spirit.  Praise God for the New Testament Scripture that can teach us about God’s grace.  But we need the Spirit to make it relevant to those around us.

Question: How did Christ first reveal Himself in your situation?

Posted by Revzacc on July 24, 2017 in Legalism, Spiritual Walk, The Gospel

← God Pleaser or Man Pleaser?
Freedom for All →

One response to “No Man-Made Gospel”