RSS
← The Trial of Sickness
Family or Slavery? → 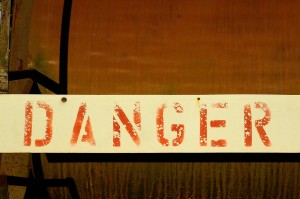 How easy is it to take criticism?  We don’t like being told that we’re going down the wrong path.  But it’s necessary sometimes to keep us from bigger problems later on.

As we continue looking at the book of Galatians, the church has come to the point where they need to deal with Paul’s correction.  They’re being drawn down the slippery slope of legalism.  The Apostle is trying to warn them before it’s too late.

Have I now become your enemy by telling you the truth?
Galatians 4:16

We would much prefer to be told how wonderful we are.  By pointing out their error, Paul risks their anger.  The word enemy in this verse actually means hateful.  They’re getting to the point where they don’t want Paul participating in their growth anymore.

That’s what happens when you start listening to the wrong people.

Those people are zealous to win you over, but for no good.  What they want is to alienate you [from us], so that you may be zealous for them.  It is fine to be zealous, provided the purpose is good, and to be so always and not just when I am with you.
Galatians 4:17-18

Paul is well acquainted with the methods used by false teachers.  They don’t have the Word of God to back them up, so they have to rely on other things.

According to this verse, they’re very loving and passionate towards you.  They show what seems to be a genuine concern for your welfare and growth.  But all the while, they’re really looking for your passion towards them.

It’s amazing how gullible we can be when someone starts by telling us what we want to hear.  That’s why false teaching usually begins with flattery.  Paul was clear that he never used this method to win people over.

I urge you, brothers, to watch out for those who cause divisions and put obstacles in your way that are contrary to the teaching you have learned. Keep away from them.  For such people are not serving our Lord Christ, but their own appetites.  By smooth talk and flattery they deceive the minds of naive people.
Romans 16:17-18

That’s the danger of listening to these false teachers.  After all, would you rather listen to someone telling you how great you are; or that you’re headed in the wrong direction?  The Galatian people were being tempted to end their relationship with Paul in order to serve these deceivers.

Paul is clear that zeal is really a good thing, as long as what we’re zealous for is the truth.  We must always ask ourselves if our zeal is for the Word of God for the goals of man.

My dear children, for whom I am again in the pains of childbirth until Christ is formed in you, how I wish I could be with you now and change my tone, because I am perplexed about you!
Galatians 4:19-20

Because of their wavering, Paul has begun a campaign of intercessory prayer for them.  He was there when they were birthed into God’s kingdom.  But now, through self-righteous legalism, they’re trying to win God’s favor by their works.

Paul knows that this course will end in spiritual disaster for them.  He also knows that only the power of the Spirit of God can change the hearts of people.  So just like he interceded for their salvation, he’s now diligent in praying for their freedom from this deception.

Don’t be fooled.  Good works, in and of themselves will never bring you closer to the Lord.  It only comes through intimacy with the Holy Spirit.

Question: What has been your experience, if any, with deceptive teachers?

Posted by Revzacc on September 8, 2017 in Legalism, Prayer, Spiritual Walk

← The Trial of Sickness
Family or Slavery? →

One response to “Heed the Warning”