The Trial of Sickness 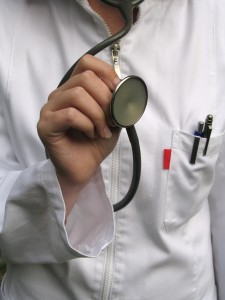 As we continue our look at Paul’s letter to the Galatians, we come to a point where the Apostle makes a personal comment.  He speaks about his first visit to that area.  He was the first to bring the message of Christ to these people.

I plead with you, brothers, become like me, for I became like you. You have done me no wrong.  As you know, it was because of an illness that I first preached the gospel to you.  Even though my illness was a trial to you, you did not treat me with contempt or scorn.  Instead, you welcomed me as if I were an angel of God, as if I were Christ Jesus himself.  What has happened to all your joy?  I can testify that, if you could have done so, you would have torn out your eyes and given them to me.
Galatians 4:12-15 (NIV)

Paul brought the Gospel to this region.  When they heard it, they accepted it as from the Lord, Himself.  They turned to Christ wholeheartedly and were saved.  Paul has a fond memory of this time.

But there is a controversy surrounding this passage.  There are those who use it as a proof text to show that God doesn’t want to heal everyone.  They say that this verse shows that Paul suffered from an ongoing eye problem that was never healed.  And, therefore, healing isn’t for everybody.

I believe that Jesus Christ paid for our healing on the cross.  It’s freely available to all who believe.  For a more in-depth look at this subject, you can read my Healing 101 Series and my Healing 201 Series.

For now, I simply want to look at what Paul is actually saying in this passage.  Normally I like the NIV translation because of its simple language.  In this case, however, it hasn’t been very accurate with the original Greek.

I believe that the NKJV is closer to the original.

You know that because of physical infirmity I preached the gospel to you at the first.  And my trial which was in my flesh you did not despise or reject, but you received me as an angel of God, even as Christ Jesus.
Galatians 4:13-14 (NKJV)

In these verses, Paul refers to the sickness in two ways.  He first calls it an infirmity in his flesh.  The next thing he calls it is a trial in his flesh.  This is a very important statement in understanding sickness.

Remember this – trials are NEVER meant to be permanent.  Paul said that it was – past tense – in his flesh.  By referring to his sickness as a trial that happened in the past, he is also testifying that his healing has already manifested.  He has no permanent, ongoing eye problem.

Consider it pure joy, my brothers, whenever you face trials of many kinds, because you know that the testing of your faith develops perseverance.  Perseverance must finish its work so that you may be mature and complete, not lacking anything.
James 1:2-4

Christ is the Healer.  Paul believed it.  James believed it.  I believe it.  Don’t let anyone, who doubts the Scripture, steal your joy.  Jesus paid the price for your healing.  Trust Him to bring it to pass.

Question: Do you have a testimony of God’s healing power?

Posted by Revzacc on September 6, 2017 in Faith, Healing, The Gospel

← Religion is Slavery
Heed the Warning →