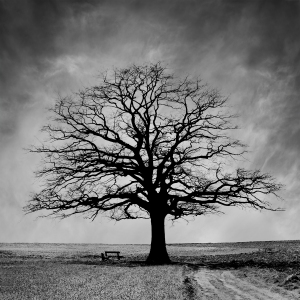 In my last post, I started looking at Paul’s response to rebellious sin in the life of a believer.  The goal of leadership should be that of restoration rather than punishment.  Now Paul takes it a step further.

Even though I am not physically present, I am with you in spirit.  And I have already passed judgment on the one who did this, just as if I were present.  When you are assembled in the name of our Lord Jesus and I am with you in spirit, and the power of our Lord Jesus is present, hand this man over to Satan, so that the sinful nature may be destroyed and his spirit saved on the day of the Lord.
1 Corinthians 5:3-5

This is another of those passages that we sometimes misunderstand.  The reason is that we don’t see who is being addressed.  We make the assumption that this is referring to the entire church.  That’s not the case.

In my last two posts, the tone of Paul’s writing should make it clear that he’s speaking to the leadership of the church.  He’s not talking about issues that brand new believers should be dealing with.

Paul was a seasoned prayer warrior in the spirit.  You can rest assured that powerful intercessory prayer was going up for this church.  In the spirit, Paul was standing with them.

By the wisdom of God, Paul knew what needed to be done.  He had already decided the outcome.  He didn’t need to be physically present in their meeting.

The controversial issue is what Paul describes next.  The very language should give us insight into what’s happening here.  “Assembled in the name of the Lord…with you in spirit…the power of the Lord Jesus is present.”

He’s not talking about a regular church meeting.  This is a private meeting, only for those who are spiritually mature enough to handle an issue like this.  New believers aren’t graced for this type of challenge.

There’s also an assumption we can make about all of this.  That is, that the man in question had been confronted by the true nature of his sin on more than one occasion.  We can also assume that he rejected all spiritual counsel, and made a decision to continue on in the pathway which was blatantly against the known will of God.

As a result, the mature leaders should have decided to take action that would keep him from totally destroying his life.  That’s what Paul is talking about here.

We need to understand that this is not a meeting to remove the offending Christian from the church organization.  It’s not an excommunication.

This is a group of believers, who are strong in the Lord, setting out on a spiritual intervention.  The goal is to place this person in spiritual rehab in order to straighten out their walk with the Lord.  The attitude during this whole process should be that of love and concern for a fellow member of the body of Christ.

The term, hand over to Satan, literally means to surrender to Satan.  This means that they lose all their blessings and privileges as a child of God.

This person was adamantly refusing to live by God’s standards.  Now he was going to get a first-hand view of what the enemy’s kingdom is really like.  The hope is that this person’s level of discomfort will bring him to the point of repentance.

As a side note, it looks to me as if the Corinthian leaders obeyed Paul’s directive.  2 Corinthians 2:5-11 sounds like the man in question repented and was restored to full fellowship with the Lord.

In Christ, restoration is always the goal in dealing with sin.

Question: What’s that level of concern in the modern church over the issue of sin in the lives of believers?

Posted by Revzacc on February 27, 2019 in Leadership, Ministry, Power of God, The Church

← Discipline or Restoration
The Yeast Principle →