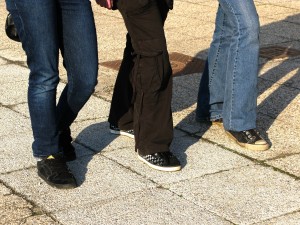 As Paul closes his first letter to the Corinthian church, he makes a number of concluding remarks.  Most of them are private greetings.

The churches in the province of Asia send you greetings.  Aquila and Priscilla greet you warmly in the Lord, and so does the church that meets at their house.  All the brothers here send you greetings.  Greet one another with a holy kiss.
I, Paul, write this greeting in my own hand.
If anyone does not love the Lord — a curse be on him.  Come, O Lord!
The grace of the Lord Jesus be with you.
My love to all of you in Christ Jesus.  Amen.
1 Corinthians 16:19-24

As I read through these statements, there’s one that grabs my attention.  Is Paul really pronouncing a curse on someone?  What’s that all about?

It’s important that we understand what the apostle is saying here.  To start with, the love that he’s speaking about is not the normal word, agape, that’s usually translated as such.

Paul uses a word that speaks of the emotional feelings of affection that two friends have toward one another.  He’s talking about being a friend of Christ.

As believers, we should have a deeper level of love for Christ than just a choice to love Him.  There should be an emotional component as well.  Just thinking of all He’s done for us should cause us to desire to be with Jesus.

This goes right along with something that James said.

You adulterous people, don’t you know that friendship with the world is hatred toward God?  Anyone who chooses to be a friend of the world becomes an enemy of God.
James 4:4

In this verse, James uses the same word that Paul used.  It’s an emotional desire for friendship.

We know that the Lord wants to be your friend.  But what He reveals about Himself is that you can’t be both His friend and the world’s friend.

Understand – you can have friends in the world.  But the Spirit of God doesn’t want you to be a friend of the world system.  We can’t be chasing after the same things that the world does.

What is Paul trying to tell us by cursing someone who befriends the world system?  Actually, he doesn’t use the normal word for a curse.

He uses the Greek word, anathema.  In that society, this word meant a religious ban.  Paul is talking about someone who claims to be a Christian, yet shows no emotional attachment to Christ.  In other words, if you know someone like that, then don’t hang around with them.

You don’t want to have an intimate friendship with someone who doesn’t have an affection for Christ.  A love for the world will rub off on you.  Your walk with the Lord will suffer for it.

We need to be wise in our choice of intimate relationships.  They’ll affect our devotion to Christ – either for good or bad.

Don’t just choose to love Christ.  Cultivate an emotional friendship with Him as well.

Question: What does friendship with Christ look like in your life?

Posted by Revzacc on October 16, 2019 in Fellowship, Relationships, Spiritual Walk

← Developing an Addiction for Christ
Apologies →