A Return to Fellowship 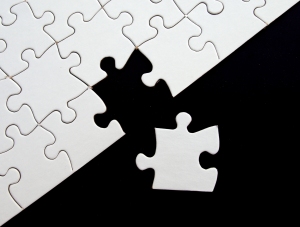 As we continue in the epistle of 2 Corinthians, Paul deals with a subject that was started in his first letter.  At that time he told the church to bring discipline upon a member who was unrepentant in an obvious sin (1 Corinthians 5:1-5).

If anyone has caused grief, he has not so much grieved me as he has grieved all of you, to some extent — not to put it too severely.  The punishment inflicted on him by the majority is sufficient for him.
2 Corinthians 2:5-6

Apparently, the church at Corinth followed Paul’s command to break fellowship with the believer who was in sin.  After hearing the letter, they became grieved over this problem.

The way Paul describes this discipline process is very interesting.  The phrase, punishment inflicted, is actually a word that comes from a tax being levied.

The only people who are taxed are the citizens.  By using this word, Paul affirms that even though they broke fellowship with this person, he still belonged to Christ.

Now, because of their obedience, this man repented.

Now instead, you ought to forgive and comfort him, so that he will not be overwhelmed by excessive sorrow.  I urge you, therefore, to reaffirm your love for him.
2 Corinthians 2:7-8

Now we come to the most important part of the discipline process.  Three things are required so that the repentant believer will not give up through self-blame.  This is especially needed in the body of Christ where we are so often rightly accused of “shooting our wounded”.

The first is thing is to forgive.  The word Paul used is not the normal one for forgiveness.  It actually means to show grace toward.  We need to bestow the same grace God shows us when we repent.

Next, we need to comfort.  The closest English word to this is the idea of coaching.  Once they repent, mature believers must come alongside them to help them back to their rightful place in the church.

Finally, we need to reaffirm our love for them.  This is the most important step.  The Greek word translated as reaffirm, actually means a public reinstatement to right standing.

This is usually what we ignore in the church today.  Someone falls into sin.  They’re confronted by it and they respond in humility and repentance.  We coach them back to spiritual health.  Then, they quietly fade into the background and are never heard from again.

That’s not right.  If someone was publically rebuked and disciplined, they should also be publically acknowledged when they are restored.  I’ve seen many ministries destroyed because these steps were not followed in the love of Christ.

The reason I wrote you was to see if you would stand the test and be obedient in everything.  If you forgive anyone, I also forgive him. And what I have forgiven — if there was anything to forgive — I have forgiven in the sight of Christ for your sake, in order that Satan might not outwit us.  For we are not unaware of his schemes.
2 Corinthians 2:9-11

The apostle closes this section by emphasizing the importance of this step.  Even when someone repents, the devil can still outwit us if we don’t respond correctly.  Too many ministries have ended prematurely by an unforgiving church.

We must be a blessing to those who truly repent.

Question: How has God shown you grace in your repentance?

Posted by Revzacc on April 6, 2020 in Fellowship, Relationships, The Church