I’m continuing my walk through Paul’s letter to the Roman church. As we start chapter 9, Paul is transitioning to a new subject. It’s like a parenthesis in the letter.

He’s now going to talk about Israel as God’s chosen people. What’s their place in the era of the New Covenant?

I speak the truth in Christ — I am not lying, my conscience confirms it in the Holy Spirit — I have great sorrow and unceasing anguish in my heart. For I could wish that I myself were cursed and cut off from Christ for the sake of my brothers, those of my own race, the people of Israel.

Up to this point, Paul is talking about the great work that God is doing in us as believers. As he does so, he starts to reflect on the condition of his own people.

How does the New Covenant affect the nation of Israel? What does it mean to be His chosen people? Throughout his writings, Paul refers to the church as the elect – the chosen. How does that fit in?

The fact is that Paul has a love for his people. He loves them to the point of great sorrow over them. This love is not without reason.

Theirs is the adoption as sons; theirs the divine glory, the covenants, the receiving of the law, the temple worship and the promises. Theirs are the patriarchs, and from them is traced the human ancestry of Christ, who is God over all, forever praised! Amen.

There is a great heritage that we receive from Israel. They were the first to be adopted as sons of God. That’s clear from Scripture.

“When Israel was a child, I loved him, and out of Egypt I called my son.”

Remember, from our look at Galatians, that the law is different than the covenants. The law was an addendum to the covenant and was not a new covenant in and of itself.

In essence, they’re our fathers in the faith. When Christ took on human flesh, His ancestry is traced from Israel. He is our God.

Based upon this foundation, Paul wants to explain their condition.

It is not as though God’s word had failed. For not all who are descended from Israel are Israel. Nor because they are his descendants are they all Abraham’s children. On the contrary, “It is through Isaac that your offspring will be reckoned.” In other words, it is not the natural children who are God’s children, but it is the children of the promise who are regarded as Abraham’s offspring.

He literally says that the Word of God did not go off course, or fail. Not all who come out of Israel are Israel. What he’s saying is that in God’s eyes, Israel is not merely a genetic group.

Just because they’re related by bloodline, doesn’t make them true children of Abraham. As proof, he offers Isaac and Ishmael.

Paul explains that there are two different types of children. There are the natural children, the children who are born of the flesh. These are not necessarily the children of God.

It’s the children of the promise that are inventoried as Abraham’s true seed. This is the basis for the rest of Paul’s teaching about Israel. As believers, we really need to understand the place of Israel in the scheme of things. That’s especially true now that we’re in the last days before the return of Christ.

Question: How do you view Israel, as God’s people, in these last days? 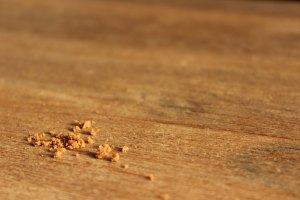 In may last post I talked about healing as the children’s bread. I said that this was talking about healing under the covenant we have with God. This is how Jesus healed the sick in Israel.

There were times Jesus healed a sick person even when doubt was there. Some came to Jesus not being sure that He was willing to heal them. But in the end they left healed. Jesus never told them to come back when they had more faith.

The fact is that bread is the right of children. Through Christ I have been adopted into the family of God. As a result, He has agreed to feed me. Those are not my rules, but His.

How much plainer could the Lord have made it? It’s clear that in the Jesus’ mind the Father is obligated to feed His children. The teaching that God only heals under special circumstances or for great faith is man’s teaching, not God’s.

Think about what the woman said to Jesus. How does this apply to the church today?

“Yes, Lord,” she said, “but even the dogs eat the crumbs that fall from their masters’ table.”
Matthew 15:27

Think about the implications here. Having raise three children from infancy I understand the truth of this statement. Crumbs are only falling when the children are eating.

We need churches where the table is set. We need pastors and churches who are willing to serve the bread. Then the children will eat and the crumbs will fall.

You may not like what I’m saying or even agree with it. But it’s God who made the rules, not me. He says that if I go to the Lord I will get bread.

Stones and bread. We’ve heard that in another place in the Bible. Jesus was tempted by the devil to take a stone and turn it onto bread. Jesus’ response was, “No, the Father gives bread.”

Satan is the one who gives stones in place of bread. It’s God the Father who give good gifts to His children. You couldn’t ask for a better parent. How could we even imagine that an earthly parent would treat his children better than the Lord? God, forgive us for our unbelief!

Jesus paid for our healing with the stripes on His back. He is the bread of Life. We celebrate this every time we partake of the communion bread. We need a fresh revelation of Christ the Healer.

Spend time in His presence. Look to Jesus, knowing that in your covenant is everything you need for life and godliness. He’s provided the bread, we just need to see the Lord as our Healer and receive what He’s already provided.

Question: What would the church look like if it were walking in this to the extent that Jesus did? 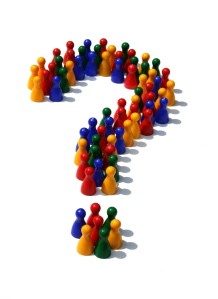 I’m taking a few posts to talk about what happened on the cross. We usually emphasize the resurrection, but in the cross there was an incredible release of power. In my last post I talked about the curse of the cross.

But he was pierced for our transgressions, he was crushed for our iniquities; the punishment that brought us peace was upon him, and by his wounds we are healed.
Isaiah 53:5

To say that we were sinners is a huge understatement. The word sin, itself, covers a lot of ground. It simply means to miss the mark. There are many types of sin that we fall into. But it says in this verse that the piercing that Christ received was specifically for our transgressions.

What are transgressions? A transgression is the sin of breaking covenant with God. Through the Bible the only ones who could be guilty of this was Israel. Again and again they transgressed the covenant. If we are going to understand the cross, then we must look at the covenant involved.

Abraham was the first person in history to cut a personal covenant with God, Himself. As a matter of fact, the word covenant is thrown around a lot in Christian circles and we’ve missed its importance.

Up until the time of Abraham, all of the covenants of God dealt with the entire human race. These included the covenants with Adam and Noah. But when God approached Abraham, the covenant became personal.

God’s words to Abraham were, in effect, “If you accept my covenant, then your family will become mine.” This placed the Hebrew people under the direct influence of God. He was now responsible to direct, protect, bless, and provide for them. It was an incredible event that took place when Abraham trusted God for all of this.

But what happened after that? Many teach that when Moses came along, another covenant was instituted. They say that the covenant of the law was now in effect. Nothing could be further from the truth. Listen to how Paul, an expert in the law, describes it.

What, then, was the purpose of the law? It was added because of transgressions until the Seed to whom the promise referred had come.
Galatians 3:19a

According to Paul, the law was added. This is an important truth for us to grasp. The Law of Moses was not a new covenant with the children of Israel. It was an addendum to the existing covenant that was made with their father, Abraham.

Why did they need this addition? Again, Paul is clear in his explanation. It was because of transgressions. Over and over again, Abraham’s descendants kept breaking the terms of the covenant.

Abraham’s relationship with God was based on love. He loved and obeyed God. He did everything God asked of him, not out of a sense of obligation, but of trust and friendship.

In the Law, God put in writing the things that Abraham did out of his love for God. So the Law was simply a way for God to remind the Israelites of the cost of being in covenant with God. It also showed them how impossible it was for them to live up to it.

Question: Why did Christ need to bear our transgressions?

Posted by Revzacc on October 15, 2014 in Power of God, Revival, The Gospel